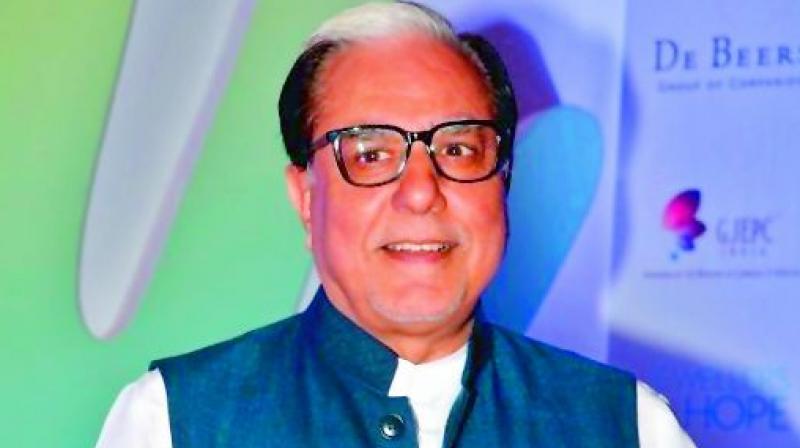 Mumbai: The Subhash Chandra-led Essel Group is diversifying into the cruise shipping segment and has drawn up plans to invest up to USD 2 billion in the business.

All the investments are being made by Chandra in his personal capacity and the group plans to list the company in future, he said, adding it has drawn up aggressive investment plans hoping for a favourable response from the market. As against the 2 lakh Indian cruise tourists last year, the company is targeting to host 2.5 lakh tourists on the single ship in 2019, he said.

Once the demand for cruise tourism, considered as a niche activity in a nascent state right now, grows, it will scout for more assets for deployment, he said. “If the economy permits and if we are very successful, our investment can be anywhere from USD 250-300 million to USD 1.5-2 billion, he said. The company is targeting to offer cruise tourism experience primarily to Indians for sailing domestically along the countrys over 7,000-km coastline.

The announcement comes amid a renewed thrust by government to deepen cruise tourism. The government has identified six ports to host cruise ships, with Mumbai being the key hub. While Bailom did not identify the exact routes on which the company plans to sail along, he said the activity will be primarily concentrated on the Western coast with Mumbai as the key hub.

Depending on the monsoons and the ships ability to take on the same, it will consider destinations on the East coast as well, he said. Its maiden ship bought from an arm of P&O is undergoing refurbishment now and will be arriving by late-2018 or early 2019, he said. It will be a foreign flagged vessel but the entire crew will be Indian, he added. When asked why the entrenched media group chose the cruise shipping segment, he hinted that it is a natural extension.

“Our organisation got a lot of happy faces in entertainment at most homes in the country and now we are going for the next phase, Bailom said. He said the first vessel is a 70,000-tonne ship coming from Australia that can take 1,900 tourists and over 700 crew. It can be noted that the domestic, intra-country opportunity has not been explored by any operator formally. An operator is gearing up to launch a Mumbai-Goa cruise ship voyage later this year.